Imagine: You’re in a submarine. Through the glass pane in front of you you look into the blue depths of the ocean. Fish swim by, soothing music reaches your ears – while surgeons simultaneously cut open the skin on your knee with a scalpel, remove a socket or drive a steel pin into your shoulder joint.

Belgian orthopaedic surgeons from the Erasmus Hospital in Brussels have actually transferred their surgical patients to this ocean scene, using virtual reality glasses. The effect is remarkable: with this so-called Virtual Reality Hypnosis Distraction, the patients only needed half as much anaesthetic medication. 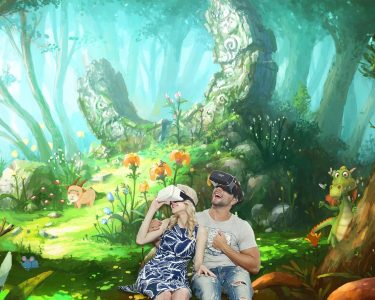 The experiment of the orthopaedic surgeons is an example of how much is happening in the virtual worlds. The more real they look, the better. That’s why the manufacturers are now making more of them. The monitors in the glasses have a higher resolution. And the images on the displays are changing at ever increasing speed. Above all, users can move around more freely with glasses on their heads. Until now, VR glasses and thus the users were usually tied to powerful computers or game consoles by cables. Although there were wireless models, it was not possible to move around in space with them. Real feels different. But that has changed.

It works without cables and additional computers: put the glasses on your head, put the controllers in your hand and off you go. The user is completely mobile, the glasses “know” where he or she is at all times and follow the movements in space in the virtual scenery. The controllers are designed in such a way that they transmit the position of the hands, so that even individual fingers are recognized. The price for this freedom is the limited computing power that the wireless glasses offer. The displayed worlds are simpler.

In early December, Airbus announced a new home simulator for pilots. Worldwide, 550,000 pilots will be needed in the coming years. Training time in the hydraulic simulators is limited and expensive. So it would be useful if the pilots could continue their training at home. With the Airbus VR Flight Trainer, aeronautical trainees should be able to train in the virtual cockpit of an Airbus.

The virtual scenery should convince. One of the biggest competitor is HTC vive. That means a race for high-resolution displays in the glasses. The Pimax 8K offers the highest pixel number, namely 3840 by 2160 pixels (for comparison: the Oculus Quest has only 1600 by 1440 pixels per eye, for an Oculus Go review check out https://www.vrpornstream.com/oculus-go/). It produces images in which individual dots are hardly recognizable. The field of view is also widening. Sometimes it is the moving details in the periphery of the field of vision that make a scene appear particularly real. With the enormously wide Pimax glasses, the field of view is 200 degrees (with the Oculus Quest it is 100 degrees). This is only available with higher computing power, the glasses have to be wired.

Another adjustment screw for the highest possible degree of realism is the number of images that hit the retina. Since cinema days, it has been a rule that at least 25 frames per second must be projected onto the screen to create the impression of flowing moving images. The Oculus Quest already delivers 72 frames per second. The new Valve Index even manages twice as many. In test reports it is said that this has a subtle but noticeable effect: the user feels even more like part of the virtual scene. But this improvement also requires an external computer and cable. 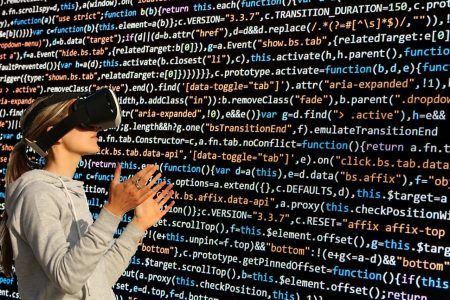 As Facebook and Twitter have already shown, social interaction is one of the strongest buying incentives for technical equipment. Can this motif also be transferred to the VR world? Facebook has announced a social platform for virtual worlds: Facebook Horizon. Users enter into contact with other users via the Internet in virtual spaces – on a virtual marketplace. How one wants to look there can be determined in advance. Together you can chase dragons, watch movies or just chat.

But perhaps the most interesting application of VR is not playing. Virtual worlds are conquering a niche in the economy. The Walmart department store group is training one million employees with VR. In a virtual store, they can practice how to deal with the rush of customers. And the American telecom provider Verizon prepares employees in its stores virtually for threats. The scenario: A robber enters the store and threatens with a gun. The hope: Those who have already experienced this in VR will react more calmly in reality.