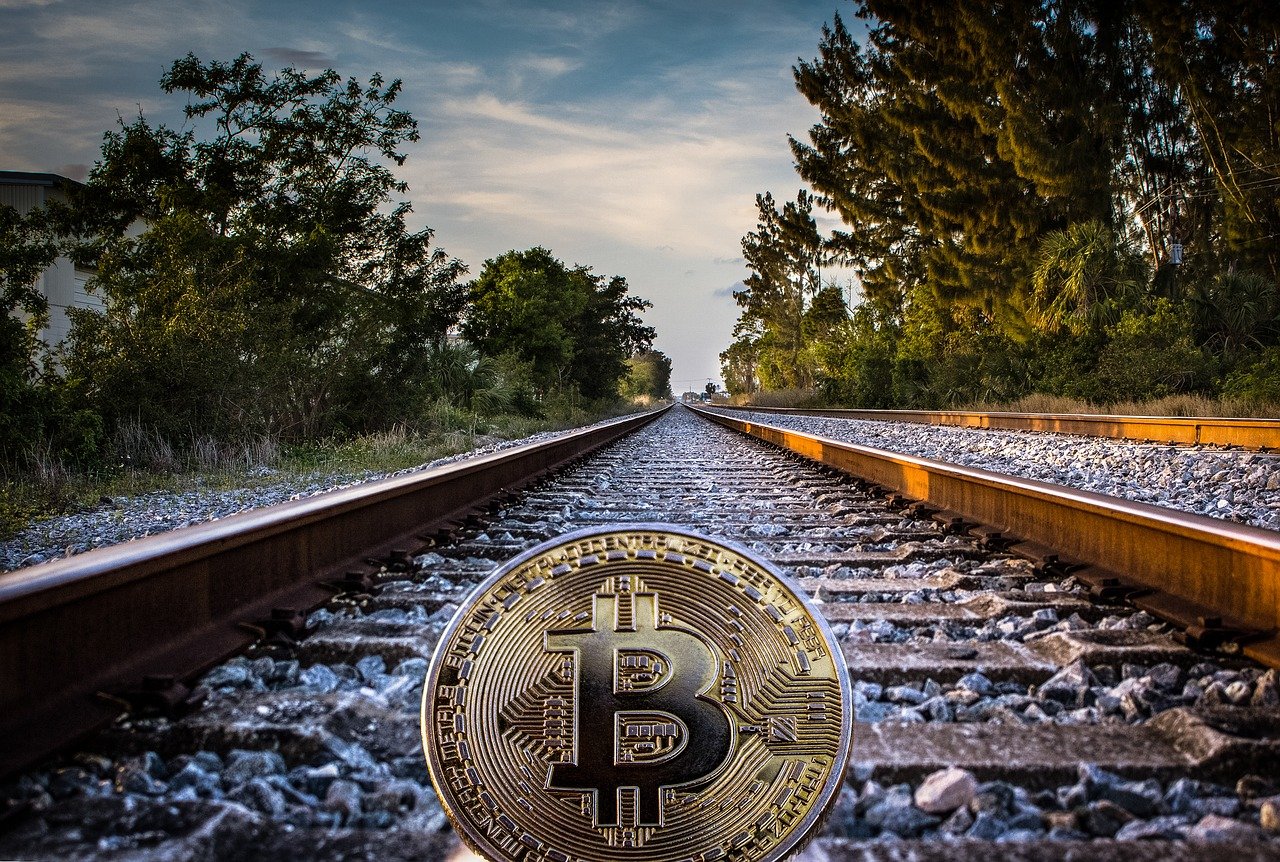 A court in Nanterre, France, has ruled that bitcoins are fungible units of value. The case was about whether forkcoins such as Bitcoin Cash must also be repaid when a loan is made in Bitcoin. But the ruling goes far beyond that: it defines what Bitcoins are before the law. A thing – or money?

A court case in Nanterre, a suburb of Paris, turned into a landmark trial for Bitcoin. The commercial court there handed down a ruling on February 26 that could have far-reaching significance for Bitcoin’s legal standing. This is because the ruling not only decides the dispute between the two parties to the lawsuit, but also sets a precedent that will influence future jurisprudence. 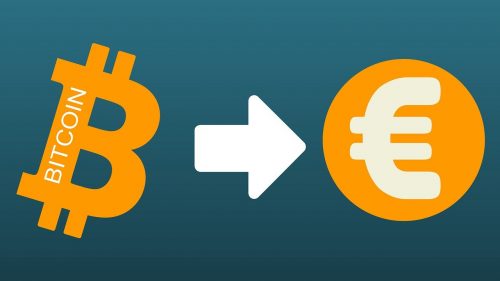 The dispute was as follows: the French exchange Paymium had lent 1,000 Bitcoin to the British investor BitSpread in 2014. The latter had paid back the 1,000 Bitcoins in October 2017, but Paymium froze 53 Bitcoin of BitSpread, which the investor had deposited as collateral, instead of only the 42 Bitcoin, which are to be paid as interest according to the contract. That’s because Paymium is not only demanding the 1,000 Bitcoins back, but also the Bitcoin Cash that was created by a hardfork in August 2017.

In August 2017, Bitcoin Cash (BCH) split from Bitcoin (BTC) through a hardfork. Everyone holding Bitcoins at that time had the same number of Bitcoin Cash on the BCH blockchain. Paymium therefore claims to be the rightful owner of the 1,000 Bitcoin Cash created from the lent 1,000 Bitcoin.

The dispute has landed at the Nanterre Commercial Court, where judges will likely have to deal with a Bitcoin loan for the first time. There aren’t many cases on this yet – if any at all – which is why the commercial court was compelled to rule, rather inadvertently, on whether Bitcoin is money or not.

If bitcoins were a thing …

There are two schools of thought in Europe and most other countries as to how Bitcoin is viewed from a tax-legal perspective: One is as a thing, like real estate. This is the path some finance ministries follow when it comes to taxing income from Bitcoin exchange gains. Financial regulators, on the other hand, often regulate Bitcoin as if it were money.

For the case at the Commercial Court in Nanterre, this distinction is hugely important. Paymium seems to assume that Bitcoin is a thing, that is, an object with invidual characteristics. Say, like a property or a car. In that case, one could argue that any increase in the value of the thing due to externally generated income – as in a hardfork – accrues not to the current owner, i.e., the borrower, but to the owner, who is still Paymium.

It is difficult to find an illustrative example of this. Let’s say I rent out an apartment, and the city government gives each apartment owner a case of beer. That goes to me, of course, and not to my tenant. Or let’s say an environmental foundation puts solar panels on the roof of every house for free. Even then, these would not accrue to the tenant, but to the landlord.

BitSpread responds by arguing that the distribution of forkcoins did not happen automatically. Instead, it was dependent on the willingness of exchanges to issue them, as well as the ability of users to receive, store, and send them. This argument makes sense. Some exchanges have refrained from crediting their users with Bitcoin Cash, and in the dozens of Bitcoin forks that have occurred since, hardly any exchanges have taken them all. The same is true for users: hardly anyone has picked up all the Forkcoins.

Thus, the increase in value of Forkcoins did not come about automatically, but as a fruit of the actions of the owner of the coins. Therefore, the owner is entitled to it.

Court defines Bitcoin as fungible and immaterial unit of value

However, the court did not even address these detailed questions about the fork. Instead, it abbreviated the decision by considering the loan not as a loan in kind, but as a loan in a fungible unit of value, such as money.

Unlike tangible assets, the terms of the return of money loans are clearly defined from the outset. One has a sum that is lent, a sum that is to be returned, and defined interest rates. Money is fungible, which means that one unit is equal to all others. A euro is a euro. Period. While tangible assets such as real estate can experience positive as well as negative changes in condition, which in the case of rented properties, for example, regularly trigger disputes as to who is responsible for them, the quality of a euro remains the same. The rights of the lender are therefore exhausted with the repayment of these clearly defined sums.

It would be possible to list loans in euros but disburse them in bitcoin. The Berlin-based platform for micro-loans, BitBond, used to offer this. Bitcoins here are only the means of payment, the carriage to transport the gold box, so to speak, but not the gold itself. As long as the value of Bitcoin is not yet stable, this is the only sensible option for entrepreneurial purposes.

A loan where Bitcoins are the unit of value is unusual and dangerous. If the borrower exchanges the Bitcoins for fiat currencies or goods and services to advance their business, they are taking a high risk as it may become very expensive for them to repay the loan in the future if the price of Bitcoin increases. The loan to BitSpread is one of the rare examples of a loan quoted in Bitcoin. It is likely that BitSpread did not exchange the Coins, but used them to make profits by trading on exchanges.

So, such a rather niche question now leads the Commercial Court of Nanterre to define what Bitcoins are. Deciding that Bitcoins are a fungible unit of value like money or stocks is the most obvious answer that gives the clearest verdict. It simply cuts away all the detailed questions that arise around the fork.

The court ruling does not mean that Bitcoin is now considered money. Some media outlets have taken it that way, but that’s wrong. Not everything that is fungible is money. Stocks, for example, are not. However, everything that is money is fungible, which is why the court upheld Bitcoin on a premise that is elemental to money.

This decision could also clarify some still-simmering legal uncertainties about Bitcoin. For instance, there is a thorny legal difference in how non-fungible goods and fungible currency are treated when it comes to theft and stolen property. When I take money for a good, I acquire the money legally, regardless of whether it arises from criminal activity. It belongs to me. If, on the other hand, I take money for a commodity, I become the lawful owner only if it was also lawfully acquired beforehand.

Example: If I trade my sofa for my neighbor’s TV, but he has stolen it from the Mediamarkt, then, without knowing it, I have become a fence. In this case, ignorance does protect against punishment, since I did not know that I was acquiring a stolen good. However, I did not acquire the TV legally. The owner remains Mediamarkt, which can reclaim it from me.

The same could apply to Bitcoin if the cryptocurrency is treated like a non-fungible thing. If I collect 0.002 bitcoin for selling my book, but those bitcoins come from a criminal source, such as a fraud, and the injured party then demands it back – do I have to give it back to him? This question is still open, but has the potential for widespread uncertainty.

The court’s ruling in Nanterre may have been far from the final answer on this question. But it is right for a perspective in which Bitcoins are fungible and accordingly to be treated like money.