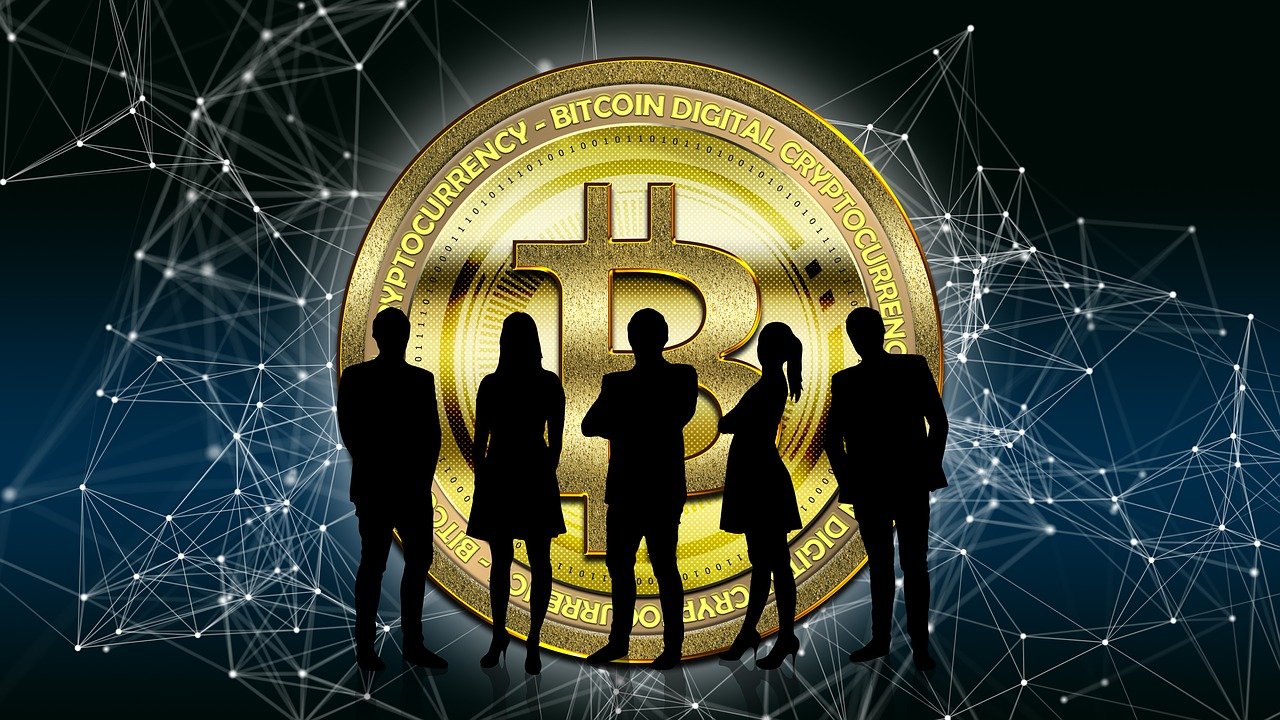 Major Chinese bitcoin cash miners have announced that in the future they will transfer 12.5 percent of mining proceeds to a Hong Kong company that will distribute them to developers. To enforce this levy, they will block the blocks of miners who refuse it.

Funding infrastructure developers is a difficult issue with Bitcoin Cash. ABC lead developer Amaury Sechet has long complained that his team suffers from a lack of revenue. After a fundraising appeal by Roger Vers Bitcoin.com failed to raise enough money – or failed for other, complicated reasons – Roger only recently felt compelled to disclose how his company helps fund protocol development, but this mainly brought him further reproach. What does that mean for the future of Bcash? It is hardly used in the real world, not like Bitcoin which has a wide range of areas where it is currently used. Casinos [1], retailers and loans are just a few examples.

Amaury has repeatedly threatened, directly or indirectly, to reapply for a real, well-paying job, or worse, to do the “blockstream takeover.” Raising money from outside investors and subjecting protocol development to private business interests (in Blockstream’s case, according to the story, these are the sidechains). Now, apparently, Chinese miners are responding to these threats. They are putting forward a plan that is extremely controversial, to say the least – and that should also be seen as an announcement.

The way out of the tragedy of the commons

Jiang Zhuoer, CEO of BTC.TOP describes the plan in a blog post. Zhour leads BTC.TOP, probably the most staunchly pro-BCH pool. He has mined more than 10 percent of all Bitcoin Cash (BCH) in the past week and is no stranger to Bitcoin (BTC) either, with 2.75 percent of the hashrate. But his proposal gets the weight it needs from the partners who co-sign the post: Antpool, btc.com, Bitcoin.com and ViaBTC.

Zhuoer is aware that a mining levy is a controversial topic. But what is the alternative? The “current mechanisms through corporate donations” cause major problems. For example, companies exert “undue influence on developers.” Zhuor points to Blockstream, which “centralized BTC development, preventing the rise of BTC blocksize according to Satoshi’s plan.” That Zhour, with the support of some of the most powerful BTC miners, is posting what is dismissed as a “conspiracy theory” in the broader scene is important to understand the full political context.

Furthermore, corporate funding triggers a “classic tragedy of the commons.” Only some companies actually donate, while the others become free riders. Therefore, despite all the controversy, “an undoubtedly much better solution is for miners to pass on some of the Coinbase rewards to developers.” If developers had “adequate” funds, this would speed up development, “and quickly realize the roadmap, such as the Avalanche project.”

How to enforce a developer levy

Therefore, Zhuor announces, BCH mining pools BTC.TOP, Antpool [3], BTC.com, ViaBTC and Bitcoin.com are preparing to execute a six-month donation plan. This plan is intended to “provide BCH developers with enough money to accelerate development before we enter the bull market in 2020-21/22.” He would like to see “BCH do better in the future, and the BCH/BTC price ratio increase from the current 4% to 10%, 20%, 30%, or even more.”

Miners will give up 12.5 percent of block rewards for “infrastructure development” over a six-month period. The levy is to be activated after the next “protocol upgrade” – read: hardfork. This will take place on May 15, 2020. The timing and duration of the project are not chosen at random; it also expresses a distrust of ABC developers, as it prevents them from writing the levy into the code through a protocol update.

Currently, the developer tax would bring in just under 40,000 euros per week. However, as Bitcoin Cash’s block reward halves in early May, it will only be 20,000 euros per week (at current prices). These funds will go to a company in Hong Kong and “used to pay developers of full node implementations as well as other critical infrastructure services.”

Currently, the developer tax would bring in just under 40,000 euros per week. However, with Bitcoin Cash’s block reward halving in early May, it will only be 20,000 euros per week (at current prices). These funds will go to a company in Hong Kong and “used to pay developers of full node implementations as well as other critical infrastructure services.”

A tax for ALL 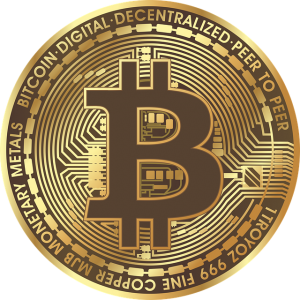 When you think about the tax on miners – which is all it is – it seems at first glance that Bitcoin Cash will simply lose 12.5 percent of its hashrate. But, Zhour says, “after adjusting the difficulty on BTC, it’s a completely different story.” He explains this with some rough numbers:

If 97% of the hashrate goes to BTC and 3% goes to BCH, and BCH miners give up 12.5% of the reward, their share drops to about 2.6% and BTC’s rises to 97.4%. As a result, the difficulty of mining BTC increases and mining there becomes less profitable. Overall, according to Zhuor, it is 0.375 percent of the total SHA-256 revenue that disappears from the system and goes to Bitcoin Cash developers.

The difficulty of mining adjusts every 2016 block for BTC so that, on average, a block is found every ten minutes. In Bitcoin Cash and also Bitcoin SV, on the other hand, the difficulty is adjusted continuously – every six blocks – to prevent the blockchain from suffering from massive fluctuations in block production. This has the effect that it is rational for a miner to distribute its hashrate across the three blockchains depending on price and difficulty, and to keep adjusting the ratios. Therefore, the hashrate usually fluctuates in a ratio that reflects the price relationships between BTC, BCH, and BSV.

Isn’t that perfidious? The miners involved in the agreement have provided just under 35 percent of the bitcoin mining hashrate in the last week. That’s about 352 blocks, or just under 35 million euros in revenue. While Bitcoin (BTC) remains their most important source of revenue by a huge margin, they are openly hostile to Bitcoin developers and would like Bitcoin Cash to overtake Bitcoin one day. Therefore, they use the (complex) mechanics of hash rate oscillation between BTC, BCH, and BSV to impose a small levy on ALL miners, which is given to Bitcoin Cash developers at their disposal.

So if someone mines BTC in the future, they will give up a small portion of it – just 0.375 percent – to a bitcoin cash fund. So the Chinese miners are taxing all miners.

Orphaning all blocks that don’t pay the tax sounds audacious. It’s like opening a Pandora’s box from which dozens of technical and political problems will flow.

Let’s start with the fact that a miner can exploit this for a double-spend: He writes a transaction to a block and publishes it without the developer levy. The transaction will receive an acknowledgement – only to disappear again. Of course, there are orphaned blocks even under normal circumstances, very rarely in Bitcoin (BTC), occasionally in Bitcoin SV (BSV) [2] due to a stress test. However, such orphaned blocks occur by chance and are difficult or impossible to plan for. For Bitcoin Cash, the Chinese pools are now introducing a mechanism that allows a block to be orphaned selectively. The cost of this is relatively low: a block will fetch 5.6875 BCH after halfing and minus the developer levy, which is just 1,700 euros at current rates.

It’s worse than that, though. A miner hostile to Bitcoin Cash, say Blockstream or CoinGeek, could try to pull off a tax denial by continuing to hashrate his chain with a block that does not contain a levy. Should he get away with this, he would earn 12.5 percent more than the other mining options for his SHA-256 asics in some circumstances and depending on the stakes. The longer such wrangling continues, the trickier it becomes for Bitcoin cash miners to orphan blocks; should it come to reorganizing the blockchain over 4 or 5 or 6 blocks, it could lead to much confusion in the ecosystem.